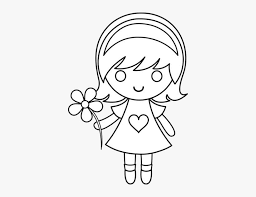 Everything can change in the world, but not the language that we carry inside us, like a world more exclusive and final than one’s mother’s womb. You live a new life in every language you speak. If you know only one language, you live only once. Good Evening everyone! শুভ আন্তর্জাতিক মাতৃভাষা দিবস! to everybody!

Today I Ananya is going to speak a well-versed speech on this lovely day!

Can you imagine a world without words? Obviously Not at all

Today is International Mother Language Day. It may appear to be irrelevant to dedicate a day to a language. At the end of the day it’s only a language, right?

The International Mother Language Day was proclaimed by the General Conference of UNESCO in November 1999. It has been celebrated since 2000 to promote all the languages of the world.

A language is more than a system of words, used to communicate with others. To some extent, it is what identifies us. Languages are who we are. By protecting them, we protect ourselves”

Do you know! There is a story behind International Mother Language Day. In 1947, during the partition of India, the Bengal province was divided according to religious terms.

The western part of Bengal became part of India and the Eastern part became a part of Pakistan known as East Pakistan. Despite the economic, cultural, and lingual friction between East and West Pakistan, the real conflicts started when Pakistan’s government declared that Urdu was the sole national language. As a result, the majority of East Pakistan started to protest but unfortunately it was outlawed by the government.

On February 21, 1952, students at the University of Dhaka and other activists organized a protest. That day the police killed a number of students,

including Abdus Salam, Rafiq Uddin Ahmed, Abul Barkat and Abdul Jabbar. The death of these students, fighting for the right to use their mother language is now remembered on International Mother Language Day.

At the end of the day, Unity did prove to be a Strength.

We should be proud that This is the first and only life sacrificing for the language in the history of this world. And UNESCO has provided the proper respect for this. More than 188 countries celebrate this day as their mother language day and pay respect for Shaheed who died on 21st February 1952.